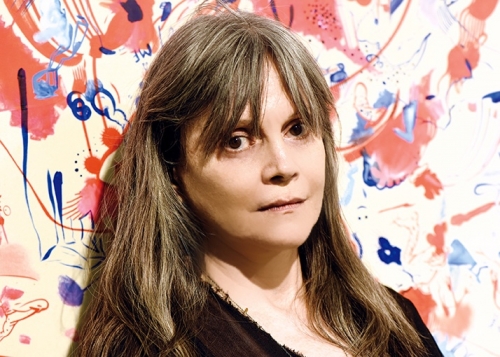 "I visited Sue Williams’ studio on March 8. That means she was among the last people (aside from my wife) with whom I spent any time in person before the Covid-19 pandemic drastically reconfigured our social and working lives to eliminate face-to-face meetings. And her paintings were the very last I saw in person (aside from the ones that hang in my own home).

I’m glad it was Sue that I saw, and I’m really glad that I was able to spend that time with her paintings, which have been recurrent in my memory and imagination and helped me sustain what little equilibrium I’ve been able to muster since then. Those paintings, or even just my memory of them, turn out to be good company in catastrophe. They somehow know how I feel living a life turned upside down, a life in which it’s now hard not to feel that calamity has been preparing itself in innumerable abuses of power, whether they take place in the intimate realms of gender and the family or in the geopolitical realm in which governments continue to work behind the scenes to ensure that no good crisis will ever go to waste." 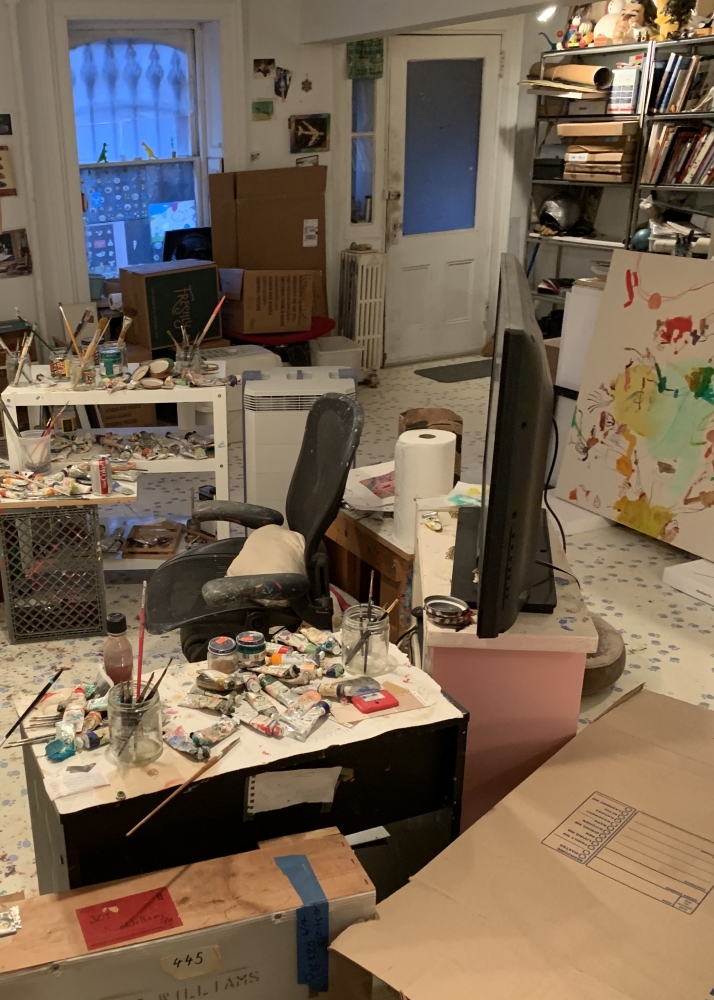 "Sue is not the only artist whose work has evoked these facts of our collective existence, of course, but the way she brings them into her work is unique, because she has no interest in persuading us of the seriousness of her concerns, or of the importance of her treatment of them; she has never cultivated a style that is austere, grim, or lugubrious, even in the bluntest of her early works. The tone of her work is neither apocalyptic nor mournful. It has always been imbued with humor, but over time the humor has becomes less visceral, more elegant. It’s hard to think of any painter working today whose work is so high-spirited, free-spirited, more buoyant."

SIDE BY SIDE WITH VINE

SIDE BY SIDE WITH VINE 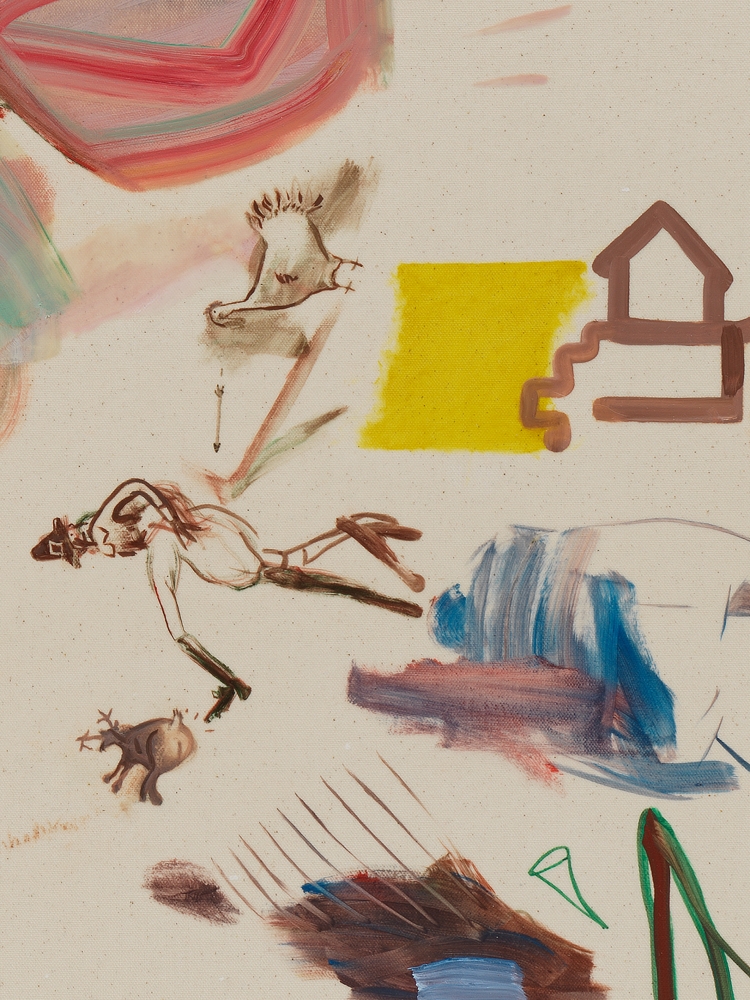 "I’ve remarked before about Sue’s penchant for describing the aesthetic of even her most obscene paintings as “pleasant,” even as “happy.” I think I know what she means: The painting should not take as its model the will to domination that might be its subject. It shouldn’t lean on the viewer, should not pummel the viewer into submission. No. Rather, the painting should lighten the load its viewer carries, not by distracting us from our troubles but by showing that what oppresses us can be made smaller than the spirit that bears witness to it and knows the oppression for what it is. I think that’s why the multitude of distinct images that flow together in each of Sue’s recent works are so petite—because while she can never forget the wrongs and absurdities they chronicle (and nor does she want anyone else to forget them)—she knows that according to the scale of consciousness, they can become puny. What’s “pleasant” in Sue’s paintings is not what the merely pleasant in art usually is, the lie that’s more agreeable than the truth, but rather the triumph of the truth-teller’s art (and what truth could there be without art?) over the very bitterness that is at the heart of the real. To me, that pleasantness—that pleasure—lends the courage to persist."

DREAM OF THE EAST 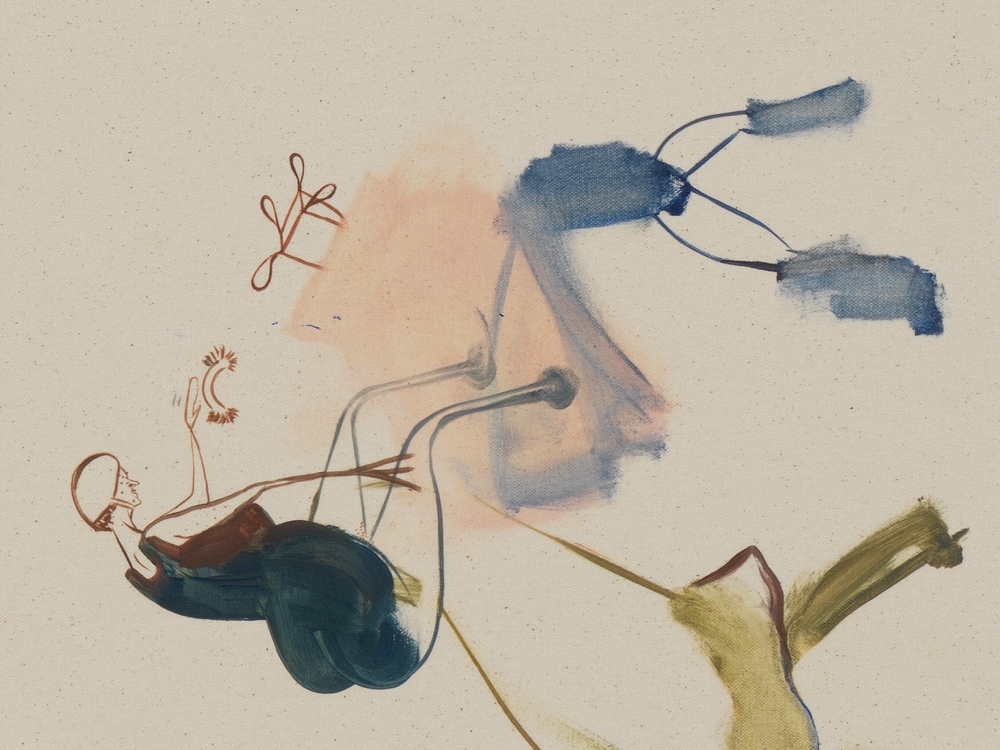 "Williams’s harshly bright, transparent colors can turn on a dime from sweet to grating, and the writhing, twisted forms they describe, the viscous puddings of color and skeins of swirling, wiry lines that look as if they could strangle you, suggest readily enough a world in disarray."

"Compositions extended over large canvases combine the different techniques the artist developed during her career, clear lines bundling or building patterns, colour fields, fringing at the rims, and clear drawings which are neither figurative nor totally abstract." 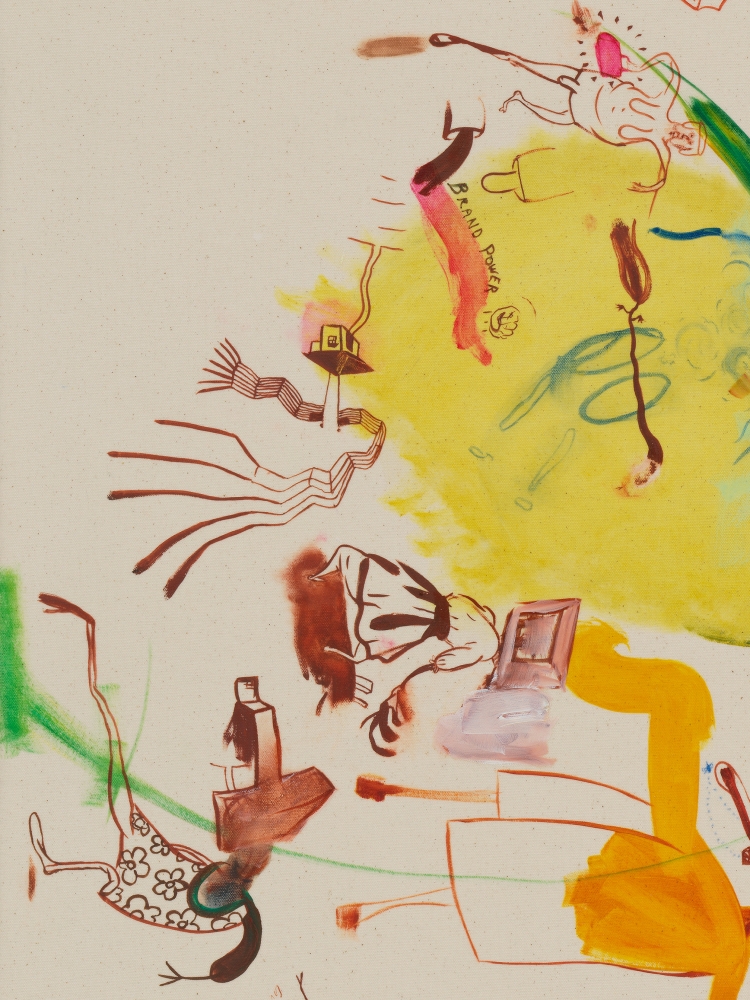